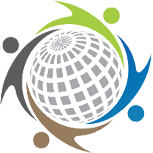 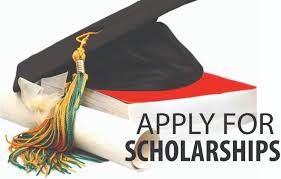 The Alexander von Humboldt Foundation wants to award more women academics with an Alexander von Humboldt Professorship. So far, the proportion of top female researchers nominated for Germany’s most highly endowed research award has been around 15 percent over the past twelve years. Behavioral ecologist Margaret Crofoot has been researching as an Alexander von Humboldt Professor at the University of Konstanz since 2019. To belong to a minority as a woman in top research in Germany is an unusual experience for the American. A multimedia report about Crofoot’s research on group behavior of humans and monkeys and about her experiences with the research country Germany:

Multimedia report The Alexander von Humboldt professor Margaret Crofoot presents her research approach and speaks about her role as a role model for women in science.

As a contribution to the federal government’s national AI strategy, up to 30 additional Alexander von Humboldt professorships will be filled in the field of artificial intelligence (AI) by 2024. Scientists from all disciplines who deal with the research and use of AI and its social effects can be nominated for this. For more information, please refer to the program information on the Alexander von Humboldt Professorships.

The prize money is 5 million euros for experimental scientists and 3.5 million euros for theoretical scientists. It is available for a period of five years. The funding enables competitive framework conditions, even in international comparison, which form a basis for the long-term scientific future of the award winners in Germany. This applies to both their personal remuneration and the financial resources for their research work. The Humboldt Foundation offers the award winners the most individual support possible.

Who can be nominated?

Worldwide leading, excellently qualified researchers who work abroad and are scientifically established and who could be appointed to a professorship in Germany can be nominated.

What is important for a nomination?

In addition to the scientific quality of the nominees, the decisive criterion for awarding the prize is the persuasiveness of the concept for their involvement and its importance for achieving the strategic goals of the nominating institution.

Proposals that enjoy the full support of the university management, that regard the Humboldt Professorship as an integral part of the university-wide development strategy, and that relate to a department for whose subject orientation and structure significant further development is planned or have already begun, have a chance of success.

The nominating institution must give a detailed opinion on the following points:

How is the nomination made?

Nominations can be submitted online at any time. Please use the corresponding online nomination form for this. Go into all the points listed in the notes in detail and, if possible, in the order suggested. Also upload the required documents.

As soon as we have received the documents, we will confirm receipt of the nomination by email.

Of course, we treat all information strictly confidential. If you have any questions or if you have any doubts, please contact us ( avhprofessur [at] avh.de ). We are happy to help.

The deadlines for nominations are April 15th and September 15th.

The assessment by independent specialists from Germany and abroad takes about six months.

An independent selection committee made up of scientists from all disciplines decides twice a year on the submitted applications. The committee makes its decision on the basis of the scientific excellence of the nominee and the concept presented by the nominating institution.

The nominations are in a subject-independent competition with one another. Quotas for countries, subject areas or the gender of the nominated persons are not provided.

We will inform nominees and nominees about the selection decision immediately after the meeting. In the event of a negative decision, we will be happy to provide you with information on the competitive situation and the selection criteria upon request.

Nominees and nominees are bound by the rules of good scientific practice (PDF) and the principles of scientific ethics.